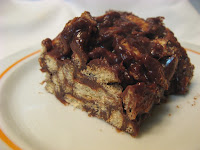 So today, oddly enough, my 16-year-old son dragged himself out of digital-land long enough to create these extremely tasty s'mores bars.  We had a bonfire one night and had tons of stuff left over so he was playing around with it, making a dip, etc.  The bars were the end result of his experimentation and I'm writing a blog post about them to keep myself from sneaking back into the kitchen to have another one.  I did sneak a small bite as I took the picture, but don't tell anyone... 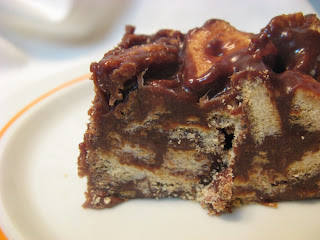 Using a double boiler, melt the chocolate bars and marshmallows, stirring continuously (very important.)  These kind of things take special attention otherwise you end up with a dried up fresco painting.  After everything is nice and gooey, add the milk and let it all mix together.  I kind of zipped in and out of the kitchen during this part and he was being very attentive!  I also helped him break the graham crackers up into pieces.  I try not to hover, but that was just too much for my OCD to handle.  I'll let you manage yours on your own...BUT be sure not to get them too big, and try not to squeeze them so that all you have is fine dust instead of small cracker bits and you really do have to break them by hand, no putting them in a zip-loc and smashing them.  Ok, now I'll let you manage it on your own...

Spread butter over the bottom and sides of a pan, not too big of a pan because this doesn't make a huge amount.

I left the house at this point to deliver the other child to an activity.  I came home and opened the fridge and there they were...waiting.  They taste exactly like s'mores minus the charred marshmallow (which I love btw.)  So I would say this recipe would make about 8-10 medium sized bars.  I really don't know because, during this past hour, we've all been sneaking into the fridge and cutting off bite-sized pieces and acting like we were just looking for something...

Popular posts from this blog

How to Hang a Thick Picture Frame 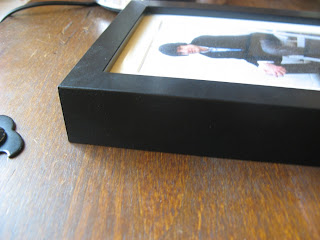 Ikea has these great one inch thick photo frames for $1.99 so I bought 4 for my kids' photos.


However, I didn't look very closely at them during my shopping euphoria and therefore, didn't see that hanging these was not going to be a simple task.

I looked through my toolbox and found some size 8d 2-1/2" nails and #8-10x1 plastic anchors.  I popped a hole in the drywall by hammering an #8 screw in.  I hammered in the anchor then hammered in the nail.  I had to hammer the nail in to pop it through the anchor.

I found that if you don't hammer the nail all the way in as far as you need it, there's room for your hand behind the frame as you try to fit the nail head into the bracket.  After you make that connection, gently push the frame against the wall.


Very easy, it only took me 10 minutes to hang four frames!  If you try this, let me know how it works for you OR if you have another idea, please share~Happy Hanging! 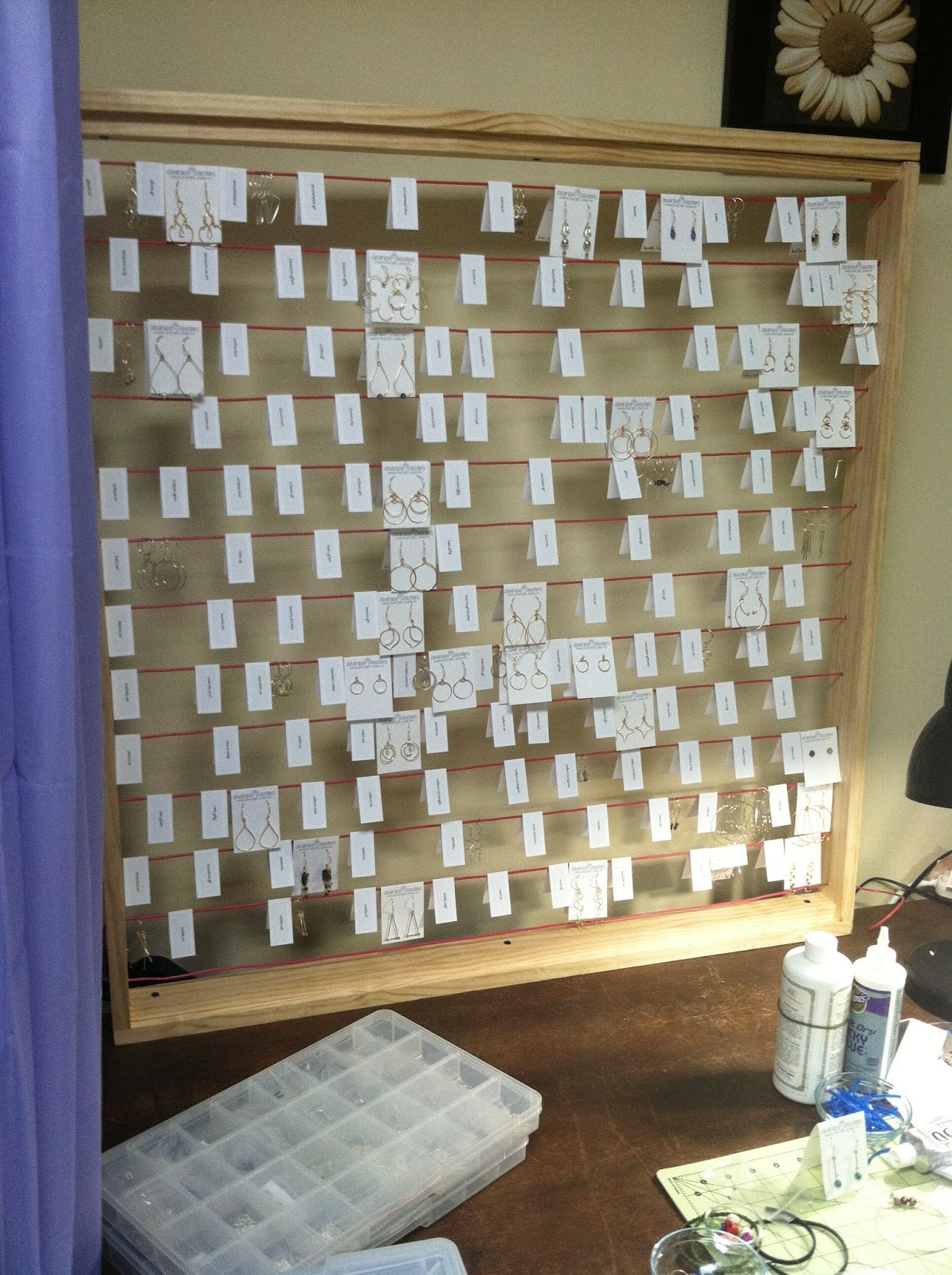 Just finished this rack for keeping track of my earrings inventory.  Very easy, especially if you can sweet talk your husband into building the frame for you AND drilling all the holes!
Materials:
2-1 X 3 pine boards
1-1 X 2 pine boards
1-roll (50 ft) of electrical wire, 14 stranded THHN

Cut all of the pine boards in half.  Use the 3 X 1 halved pine boards to build a simple square frame.  Trim the halved 1 X 2 to fit inside the frame to reinforce the square that you created and screw these to the inside of the frame.

Drill holes all down the sides at whatever distance apart you need for whatever you want to hang here.  We drilled the first hole at 3/4", then at 2-3/4" all the way down.

String the electrical wire through the entire rack and secure each end, one at the top and one at the bottom very tightly.  I stuck a nail in the hole with the wire, wrapped the wire around the nail and tied a simple knot at the end.  It took about an hour to make the whole thing!